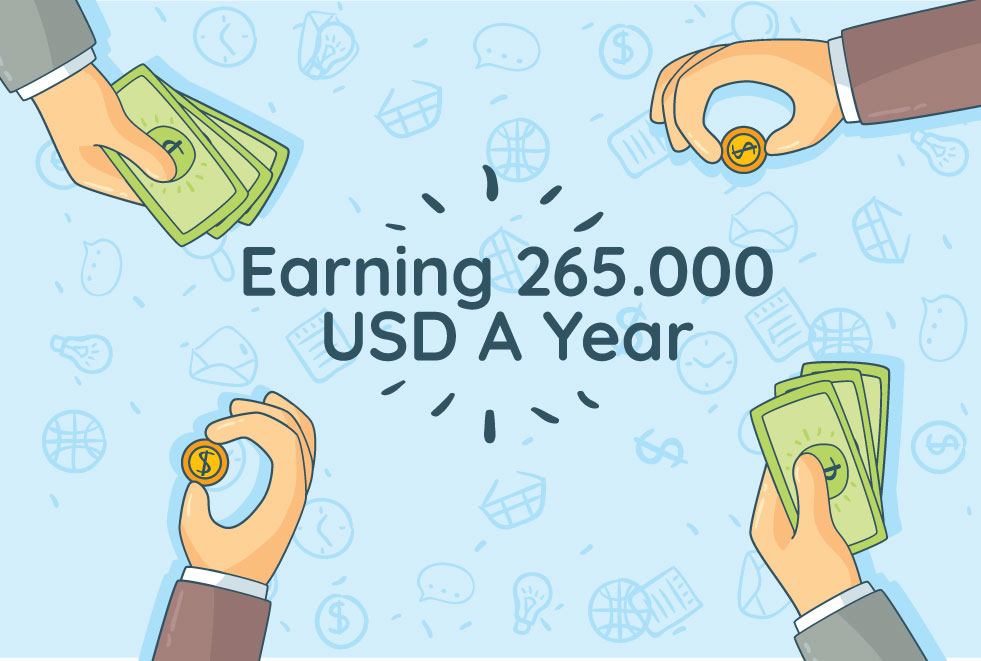 This info is about Joel Gascoigne, CEO of Buffer, who facilitated social media management. Ok, how do I know? In fact you, like everyone else, can see the salaries of around 75 people, who are Buffer’s employees including its CEO from the link (you can find at the references section) shared by Buffer. Buffer has been sharing both how they determine the salaries and the salaries of the company employees in a transparent manner with the entire world since 2013. .Buffer’s management states that, with this transparency, a significant  increase has been observed in the number of job applications submitted to the company, and that it has increased its chances of reaching out a greater number of talents who want to be a long term Buffer employee. Also, Buffer says gender inequality within the company has declined with this practice, and they observe that company employees are starting to rely less on political tricks, and that the employees’ loyalty to the company has increased.

In fact Buffer is neither the first nor the only. The market chain Whole Foods has been applying transparent salary policy within the company since 1986, and argues that it is an inevitable requirement to create a real team work and a trustworthy environment. We may expand this list a little more by naming several technology companies such as SumAll,  Crowdfunder, etc. Further, let’s look at another more interesting example, and let’s consider the athletes. For instance, let’s take a look at football clubs. Just like in Buffer, in football clubs, the amount paid to each member, from the players to the trainer, is announced to the entire world. Well, does this cause any chaos among the players? Or, does it trigger a negative conflict between the players, between the players and technical cadre? I guess the answer to these questions is a clear “No”, as in the company examples mentioned above. In fact, the worst-case scenario would be that a player is not satisfied with his current agreed deal for a certain period and wants to express it and requests improvement. This would, in the worst case, result in the parties’ parting ways. Nevertheless, perhaps this transparency is affecting the competition among the athletes in a positive way (several small-scale studies demonstrating that transparent salary practice will have positive effects in this manner are already available, you can check the references).

However, as it is known, in many companies, the opposite situation prevails. The salaries received by the employees remain as private and confidential information. It is even prohibited for such information to be spoken and shared between the employees. But why? What is attempted to be protected with this prohibition? Or, is it actually concealing something in particular? In fact, I think sharing salary information, the fact that it is information that is easily accessible to everyone, would not harm anyone (to the contrary, it may benefit), as in the examples mentioned above, so long as a clear and fair salary policy can be implemented in the companies. For this reason, in my opinion, with a secret salary policy, perhaps companies declare that they cannot implement a fair salary policy, and in fact, they try to justify this by saying “if the salary information was known to everyone, this would lead to some kind of chaos”.

However, I also think that a company which is currently applying secret salary policy could not change this policy in the opposite direction tomorrow itself. In fact, company culture, especially the transparency component, should be studied prior to taking such steps concerning the salary policy. Therefore, my suggestion is that you encourage your company employees to be transparent and take pioneering steps such as sharing the company finances and establish a culture of transparent feedback within the company. Then, evaluate the effects of a transparent salary policy with your employees, and design together how you could change into this policy in small steps. This transparency, though at the first glance seems to be a radical step, it is not actually first, but a step that absolutely needs to be taken someday to become an Agile company. Through the transparency it will create, I believe that the open salary policy could bravely address the issues which are yet to come to light, disguised in the system and waiting to become a problem, which would then also influence all the company policies positively. The employees in those companies which have a secret salary  policy in fact somehow learn about the salaries of other employees (maybe through rumors based on untrue information), and get the impression that they are not treated fairly. Consequently, these people who think they are not treated fairly either normalize this unfairness by decreasing their performance or leave the company by resigning. So, in my opinion, salary transparency would prevent these situations and similar misinterpretations. Also remember, happy employees mean happy customers. For this reason, those individuals and teams who have no doubts about the fairness of their company in a transparent manner will likely work with a greater commitment towards their company.